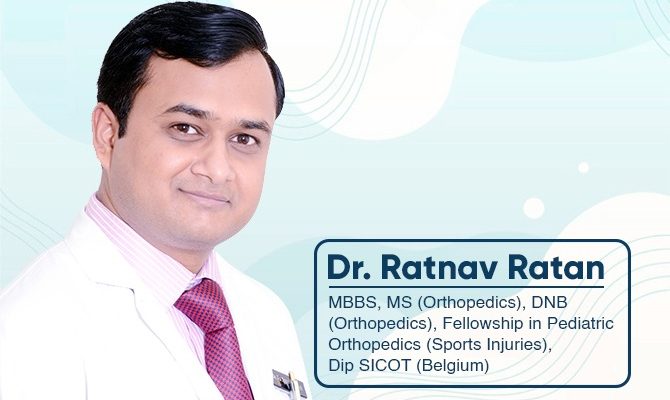 Strange are the ways of God! Children born with congenital conditions have a tough life ahead, along with their parents and family members who are their primary caregivers. Doctors can resolve these congenital complications either to some extent or entirely, depending upon varied factors with advancements in the medical world. And, for the treating doctors become their savior and next to God!

It was a sad plight for a 3-year-old Iraqi girl born with distal arthrogryposis who could not balance herself and had frequent falls. It was becoming difficult for her parents to look after her daily.

Online research on treatment available for distal arthrogryposis led them to Dr. Ratnav Ratan, an orthopedist in Gurgaon, and the founder-owner of Young Bones Clinic, with more than seven years of hands-on experience in treating children with orthopedic disorders.  He agreed to treat her and make her walk her normally after studying her preliminary report and investigations.

Dr. Ratnav, an Orthopedic doctor in Gurgaon states, ‘The girl was diagnosed with Distal Arthrogryposis or Freeman Sheldon syndrome (FSS) as she had a whistling face appearance, camptodactyly, and thumb-in-palm deformity. Her feet were very stiff, and they were turned in with soles facing upwards. As she was a medical tourist, I had the challenge of treating her in a limited time frame and making her walk normally.’

He further adds that children with distal arthrogryposis are likely to have joint and spine abnormalities and are likely to fall often, unable to walk or stand independently. They could also complain of breathing, feeding, or speech-related issues which worsen with age.

Distal arthrogryposis or Freeman Sheldon syndrome occurs due to the non-movement of the fetus within the womb. At times, the baby’s central nervous system is unable to send signals to muscles for movement leading to poorly developed or underdeveloped muscles and the formation of extra tissues in the joint. The other reasons are less space in the womb for movement or leakage of amniotic fluid.

It was a successful operation, with the plasters removed after six weeks of the surgery. The patient had recovered well. The entire family was extremely pleased with the outcome of the surgery and improvement in the mobility of their child. Indeed, it was a life-saver of sorts’ surgery for the girl and her parents.

Today, the patient is a young girl who is growing very well. She can walk, play and run as a normal child. She can walk with her entire soles and heels of the feet on the ground.

In case the girl had not received further treatment for her Distal Arthrogryposis condition, her deformity would have worsened with painful joints and the development of arthritis.

Arthrogryposis in Children and their future

As arthrogryposis is a congenital condition even before the child is born through an ultrasound test.  The doctors can brief the parents about this condition, but eventually, early detection and treatment go a long way in recovering the child’s mobility in the best possible manner.

Each child with arthrogryposis is different. In some children, the condition is mild. It affects only a few joints, and these joints have almost as much movement as normal. In other children, the condition is more serious. It affects more joints and restricts their movement more. In extreme cases, arthrogryposis affects nearly every joint and every physical action. Otherwise, children with these conditions are quite normal with good cognitive and language skills.

As one of the leading pediatric orthopedic surgeons in Gurgoan, Dr. Ratnav Ratan, in conversation with ClinicSpots, a leading healthcare portal states, ‘Early detection and treatment go a long way in children born with arthrogryposis. A comprehensive treatment approach is essential for treating such children.

With the right pediatric orthopedic attention and treatment, we can resolve their deformities before they attain full growth. We, as pediatric orthopedists, focus on making them move normally and independently in the best possible manner for their well-being’. 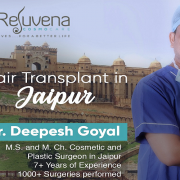 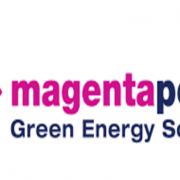 The fast spread of the highly infectious Delta variant underscores the need for ...
Health

In a first of its kind initiative, HealthCube, a healthtech company engaged in ...
Health

Data Security Council of India (DSCI) today launched a Privacy Guide for the ...

BSNL HAS STARTED OFFERING CORPORATE EMAIL SERVICE TO ITS CUSTOMER’S FOR Re . 1 per Day

Puravankara accelerates its Digital Transformation journey with IBM and SAP