Microsoft has said that all users who have a subscription of Office 365, which is a cloud-based service, will get the newOffice 2016 for free.

Other users can purchase the new suite, which is available in 14 Indian languages and 47 languages globally, starting September 23.
WE RECOMMEND

MORE FROM THE AUTHOR

Samsung gears up to face 4G challenge in India

Microsoft has said that all users who have a subscription of Office 365, which is a cloud-based service, will get the newOffice 2016 for free.

Other users can purchase the new suite, which is available in 14 Indian languages and 47 languages globally, starting September 23.

“Office 365 subscribers can choose to download the new Office 2016 apps as part of their subscription. Automatic updates will begin rolling out to consumer subscribers next month,” the company said.

“The Office 2016 for Business, which comes in two formats – Standard and Professional Plus, will cost the customer Rs.24,844 and Rs.33,911 respectively,” Microsoft said.

The mid-range Office 2016 Perpetual suite will be available for Rs.5,999 for the Students edition and Rs.18,499 for Business edition.

The Office 2016 suite comes with 1 tera-byte of OneDrivecloud storage which will be soon scaled up to unlimited space, according to Alok Lall, director of Microsoft Office Division, India.

The company also said that the new version of software productivity suite will increase efficiency and productivity of various organisations and individuals.

“Keeping in line with chief executive Nadella’s idea of making the company ‘mobile first, cloud first’, Microsoft’s new Office 2016 has been configured in such a way that it will not only break through the work-space-time continuum making way for increased productivity and efficiency but also encourage more BYOD in the country,” Lall said.

“At Microsoft we are also capable of deciding and handling management rights, privacy of different files, which means the administrator can choose how much of what file or resoucrce he wants the user to see or edit,” he explained, adding that “this is going to encourage more BYOD as it saves time and cost for several enterprises especially small and medium businesses (SMBs).”

The new version of the software productivity suite also works with other mobile devices on three different popular platforms letting users pick up from where they left off at another device.

“Today, with the launch of Office 2016 we endeavor to provide our users with a connected set of apps and services designed for modern working and collaboration which they can access easily use across platforms and devices,” Karan Bajwa, Managing Director, Microsoft India, said.

The company, which aims to connect another million people via the new MS Office, also said that it was aiding enterprises in adoption of the new office. “We have a nine-month roadmap for new changes in the MS Office ecosystem which the chief information officers (CIOs) can see and act accordingly,” Lall said.

“The huge demand for devices in the country and services demand from enterprises especially SMBs combined with growth of unstructured data will aid the sales of the new software suite,” he explained, saying “integration of Windows Continumm, Hello, Cortana and Skype will add to the experience of the consumer.”

Although the technology major may be focused on collaboration, Sanchit Vir Gogia, chief analyst of Greyhound Research, said, “While the product is definitely a hit and significantly refined from previous version, integration (the lack of it) between various products is still slightly broken and can take users some time and experienced hands to get around the issue.”

“SMBs will find this exciting but need to be careful about choosing the right skew that fits their organisational needs today and in near-future – else, they can well be overpaying for the products,” he added. 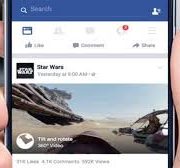 Facebook rolls out support for 360-degree videos for News Feed 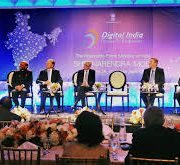 ABD India forays into the Metaverse with the ABD MetaBar

Allied Blenders & Distillers (ABD) has made its debut in the Metaverse with ...
Uncategorized

The State Board of Technical Education and Training (SBTET), a board created under ...

How Technology Infrastructure Made its Place in India!