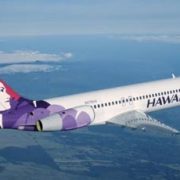 Enabling remote work has been a challenge for organisations around the world. When ...
Uncategorized

Tech Mahindra, a provider of digital transformation, consulting, and business re-engineering services, has ...

NetApp recently announced that it has signed a definitive agreement to acquire CloudCheckr, a leading cloud ...
Uncategorized

Indian Gaming Market is Poised to Reach USD 3.9 Bn in Value by 2025: Report

A report prepared by IAMAI in collaboration with OnePlus and RedSeer has estimated ...