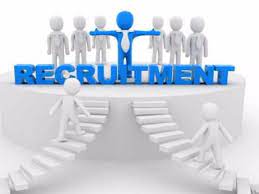 Massive job cuts in the IT sector have made for troubling news since a long time. A heartening note is that most of the IT workers, who face the axe, get a job soon enough! TechGig’s exclusive survey reveals this fact, and many more related to the fate of laid off IT employees. Read on…

December 14, 2017, New Delhi: Layoffs are a harsh reality of an inter-connected world, volatile economic situations and business scenarios have an equal and daunting impact on all the stakeholders. An apt example being the last US election, where even before a clear winner was announced, many companies put off their hiring plans, or increased hiring in a particular locale.

This is a grim reality, but the overall picture isn’t as dull.

An exclusive survey by IT hiring platform TechGig reveals that over 60% of laid off IT workers get jobs within next 6 months! This is certainly a reason to cheer because IT, which is considered to be the country’s largest employer giving as many as 40 lakh jobs directly, has witnessed massive downsizing recently. TechGig’s exclusive survey recorded inputs of over of more than 2 lakh IT professionals from the top metro cities across India. Here, about 68% respondents claimed to personally know people who were asked to leave their respective organisations.

“IT and ITeS segments are one of the biggest employers in India. Hence what happens there in terms of employability or business will impact a large base, directly or indirectly.  Volatile business scenarios did push IT sector under a brink for some time, but its heart-warming to note that the laid off IT workers can find employment soon enough. That is an encouraging note for the IT professionals and hiring industry,” said Ramathreya Krishnamurthi, Business Head, TimesJobs and TechGig.

The survey report also uncovers some interesting facts pertaining to IT layoffs. When it comes to layoffs, there is a perception that employees who draw large salaries are more prone to be shunted out. These are generally senior-level professionals. It is believed that the junior-level and mid-level professionals are more inclined towards learning new skills and therefore keep themselves updated. The survey also revealed that 54% who were asked to leave were people with more than five years of experience, while just 1% of them said that freshers with less than one year of experience were asked to leave their jobs.

Dipti Tandon, Vice President, Strategy at Times Internet Limited & Head of Product and Technology at TechGig shared another interesting takeaway from the report. “Many people believe that the adoption of Artificial Intelligence (AI) and automation is the chief root cause of layoffs. Our survey, reveals that a whopping 33% respondents feel that cost-cutting is the major reason for downsizing. Generally, when companies are not sure about their overseas businesses, they start cost cutting at their end. Around 50 % of the respondents considered all the three factors – the rise of automation and AI, a freeze on hiring Indians abroad and cost-cutting – for job losses.”

This complete report is available at TECHGIG IT LAYOFF SURVEY

One crucial pointer here is that technology is changing with in the blink of an eye and hence professionals, must brace themselves accordingly. Altaf Halde, Global Business Head, NII Consulting, and former Managing Director, Kaspersky Lab South Asia says, “Many times, IT professionals do a course or certification and later realise that it is no longer topical. This becomes the biggest challenge for them. Also, with so many products coming in, the technical skills set have to be updated on a regular basis.”

The survey facts and industry experts’ pointers leads to this conclusion – ‘IT and related industries will keep facing some challenges or the other, but professionals must keep learning and re-learning new skills to remain employable in the coming times’. 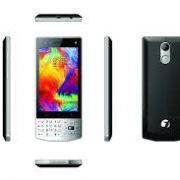 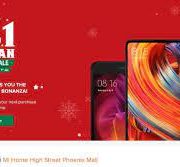 Xiaomi No.1 Mi Fan Sale from Dec 20: Top arrangements on Redmi Note 4, Mi Mix 2, and that’s only the tip of the iceberg

Electronics manufacturing services firm Optiemus Electronics is aiming production of up to 1.5 ...

1 in 5 Admit They Are Reckless About Cybersecurity

New research by the online security provider NordVPN shows that 1 in 5 ...
Digital India

FedEx Express and Delhivery start off with their strategic partnership

FedEx Express and Delhivery announced the strategic alliance transaction signed in July has ...

Google postpones mandatory return to office for its employees

Mastercard partners with CRED to enable a frictionless payment experience