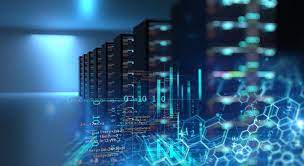 ndia is known for building and nurturing small empires. Every second Indian citizen has the capability of running a small sustainable business to make the ends meet.  However, India is also a developing country which has a large scope of progress. There are opportunities available which have neither been explored nor exhausted in this country yet. This fact points out that there are a lot of emerging businesses which are large scale and businesses of such magnitude require technological support in order to ensure perpetual existence. Indian companies have adopted a lot of western practices which have been tried and tested there and have proved a certain success rate.

In the context of technology, “Infrastructure is a collection of physical or virtual resources that supports an overall IT environment:  server, storage and network components.” The need for technology infrastructure grew gradually in India; and now every major company has opted between the few options available in the country. Technology infrastructure has thus, pierced the Indian markets and made its way not only through large companies but also through medium scale companies. The trickledown effect is visible in the way in which even small companies have started adopting at least software support. The digital world and platform are being more readily accepted and used.

We already know a couple of IT infrastructure service providers at our fingertips for example SAP and Oracle. They are now constantly coming up with better and innovative ideas to meet the different kind of demands by Indian businessmen. They are now better equipped to deal with business automation processes. And now Indian business owners find it easier to run a business if they have a system efficient enough to share the load.

It has already made space for Next Generation Technology Infrastructure and what it should have? These days we see technology infrastructure support being used from project to project. It has made the entire development process speedy as well. May it be the Nagpur Metro Rail Project taken on by NMRCL or even the new upcoming airport at Navi Mumbai, technology infrastructure is making age old problems obsolete. The next generation IT infrastructure promises to reduce costs and increase effectiveness as compared to the older versions. The aim is to simplify even the implementation process. 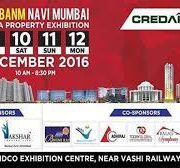 With India shaping the next wave of digital transformation, start-ups continue to witness ...
AI

Nutanix said that the findings of its fourth annual Enterprise Cloud Index (ECI) ...

Capgemini launches “Sustainable IT” to reduce IT carbon footprint