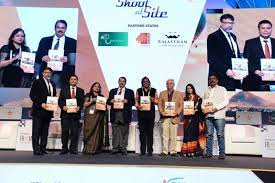 The event boasted of 35 Knowledge sessions, creative workshops, master classes, B2B Meetings, and had the most talked about segment “Shoot at Site.” It also hosted FICCI Best Animated Frames Awards (BAF) recognizing the masterpiece in the animation space.

FICCI – MRSS Knowledge Report on Film Tourism: The Mega Opportunity for Destinations was released that included an overview of existing roots of Indian Media & Entertainment and its potential for amplifying Film Tourism in the country. A seven point road map is described in the report to promote film tourism in the country and the resulting impression over the growth of the economy.

On the release of the Report, Raj Sharma, Chairman – MRSS India summarized “This was one of the best editions of FICCI FRAMES that I have attended over the past decade. At the inauguration, the Honorable Minister – Ms. Smriti Irani acknowledged the pivotal role that ‘Insights and Analytics’ is going to play in the Media & Entertainment Industry.  This was further validated over the next 3 days by 100+ industry stakeholders. MRSS is inspired to be at the right place at the right time to partake this opportunity and shape the future of this industry.”

Films are powerful tools to shape perceptions, create new ones and reinforce the old ones. Encouraged by the growth of international travel and the development of entertainment industry, film tourism is seen to be a growing phenomenon, which should be considered to be part of any tourism marketing strategy.

Films have an influence on travellers’ destination selection and thereby significantly to visitor flows. Films work as virtual brochures and offer more subtle way of marketing compared to traditional touristic campaigns. Place-placement, just like product placement, is seen as the ultimate touristic campaign as it gives access to wider markets, offers differentiation from competitors and can increase interest towards more unconventional touristic destinations.

India, in addition to being one of the leading film producing countries with the filming community spread across various regions of the country, also offers a diversity of landscape and locations in the different States / Union Territories, making it an appealing destination for production of both international and domestic films. Film Tourism represents a gateway to new and more intense ways of experiencing destinations. In addition to the exposure provided through such films, there are many ancillary gains to the destination like income generation, investment, job creation etc. which contribute to the overall economic development of the respective destination. 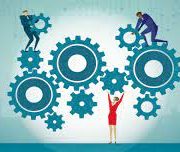 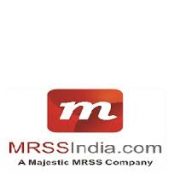 Khatabook to Become a Merchants Focused Digital Bank in 2022