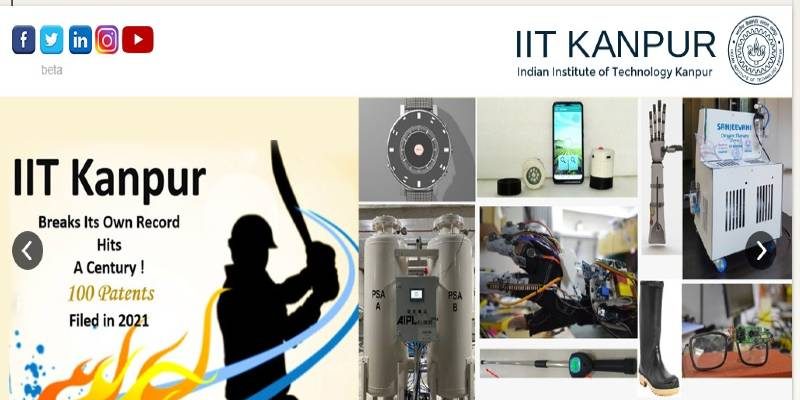 IIT Kanpur has filed 107 patents in the calendar year 2021, making it the highest number of Intellectual Property Rights (IPR) ever filed by the institute by breaking its earlier record of 76 patents filed in 2019. This accomplishment was achieved despite the catastrophic impact of the second wave of COVID-19.

Among the 107 IPRs filed, the different IPR prospects included 62 patents, 15 design registrations, 2 copyrights, and 24 trademark applications along with 4 US patent applications.

Prof. Abhay Karandikar, Director, IIT Kanpur, said, “I am glad to share that IIT Kanpur has not only crossed a century in terms of patent filing in 2021, but has also reached a gross total of 810 IPRs over the period of time. With an exceptional technology transfer rate of 15.2% to industry partners from the total patents filed, the institute filed a record-breaking 107 patents in this calendar year. This is quite an achievement for the institute and is also indicative of the fact that, despite the pandemic, IIT Kanpur has diligently driven structural initiatives strengthening translational and transformational research contributing to a self-reliant India.”

The patents included inventions ranging from MedTech to Nano technology. In view of the institute’s relentless contribution to the national efforts of mitigating the novel coronavirus pandemic, several COVID-19-related measures and inventions were protected through patent applications during the calendar year. Among those, two of the prominent inventions developed at IIT Kanpur are the reusable facemask consisting PVDF Composite Nano fibers and Nasal Spray Formulation against COVID & Related Respiratory Viruses.

Moreover, the institute brought out some other inventions like methods for treatment of Industrial Wastewater and Biodegradable Magnesium-based Alloys for Orthopedic applications in the healthcare field, to name a few.

The major landmark of filing 107 IPRs at IIT Kanpur was achieved with the presence of a supportive policy framework and synergistic teamwork at the IPR Cell of the institute. The IP & Technology Transfer Office not only filed the highest number of IPRs, but has also facilitated the highest number of technology transfer transactions, disseminating technologies from the institute laboratory to the assembly line of industries in the form of products.

Another prominent technology transfer that found mention in Hon’ble Prime Minister Shri Narendra Modi’s speech at the 54th convocation of IIT Kanpur, is the recently launched “Bhu-Parikshak” – a Soil testing device that bears the potential to detect soil health within 90 seconds. This device can be a milestone in revolutionizing agricultural practices in the country.

With its relentless efforts in enriching the research and development pool of the nation and its aim to help all the stakeholders with path-breaking inventions, IIT Kanpur has achieved this milestone in IPR filing. The exceptional technology transfer rate of 15.2% to industry partners from the total patents filed, and the record-breaking filing of 107 patents in the calendar year 2021 bear testimony to the flourishing and dynamic R&D eco-system of the institute.

Established in 2000, Start-up Incubation and Innovation Centre (SIIC), IIT Kanpur, is one of the oldest technology business incubators with many successes under its belt. SIIC acts as a Technology Transfer Office of the Institute and provides professional aid to the IIT Kanpur’s Faculty and students for filing patents and copyrights. The multifaceted, vibrant incubation ecosystem nurtured over two decades continues to fill all the gaps on the road to converting an idea into a business. 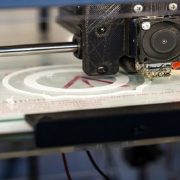 Newgen Secures a Patent for Centralized Controlled Printing and Administration 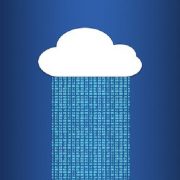