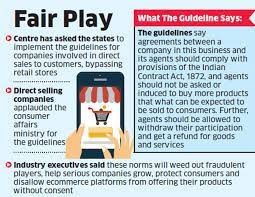 “Direct selling should not be equated with fraudulent financial schemes and should gain government recognition and proper legislation. The industry has a potential to even grow beyond the projected level to (INR) 1,000 billion by 2025. DIPP has already submitted the draft guidelines to Ministry of Consumer Affairs for the same” – As mentioned by Department of Industrial Policy and Promotion (DIPP) way back in December 2015.

A great way for entrepreneurs to start their business without much risk is through Direct Selling. The Direct Selling industry has seen a steep incline in growth over the last few years and has received a lot of attention due to its success. The direct selling industry in India has grown to (INR) 75 billion from (INR) 41 billion in the last five years, and is further poised to occupy a dominant position in the international and domestic markets, a report has said. In southern India, Kerala contributes to most of this statistic with a market worth (INR) 700-750 million in 2013-2014. Gujarat, as per a recent study, has a promising growth to around (INR) 5,000 crore by the year 2025. With such encouraging reports, we only expect a positive and hopeful view towards the industry.

Gross Realities
Unemployment in India has been one of the nation’s biggest concerns, especially for the last decade. It has been on a constant rise and what is surprising is that the root cause for it is not low literacy rates. When 19,000 people applied for the post of sweepers in UP and around 75,000 applied for the post of 30 peons in Chhattisgarh, the State Government’s Directorate of Economics and Statistics (Chhattisgarh) noted that a lot of the applicants were engineers, post graduates and other well-educated folk (Source: indiatimes, 2015).

This is why several organisations have begun initiatives supporting startups in India and encouraging entrepreneurship. This trend has definitely improved the rate of new upcoming businesses and ideas in the country and is now a booming market. Giving entrepreneurs the freedom and support to be creative and add a new dimension to old businesses has increased the ease of doing business in India. According to NASSCOM’s 10000 Startups Report (2015), India is the 3rd largest base for startups in the world. Yet, the gross realities for big direct selling companies in India are not so promising.

Curious Case of QNET
However, with no strict laws to differentiate between Direct Selling and other scheming illegal money circulation activities, the industry has been shrouded in negativity. Instead of promoting an excellent opportunity to decrease unemployment rate in India, the Direct Selling industry is being condemned and this assumption is stealing people of the choice to be independent and run their own businesses. Let us take the case of the FIR filed against QNET BY Gurpreet Singh Anand stating that his wife was duped for INR 30, 000 by an independent representatives (IRs) of QNET and sold one of the products way back in August 2013 which could be used to treat his 12-year old son’s brain related disease. According to Sudatta Patil, Advocate, High Court (who is handling the QNET case) –  “The entire case is based on the fictitious complaint by Gurupreet Singh who never bought any product from QNET, leave alone the Bio Disc that he claims to have bought. On the contrary, his wife placed an order for an online education product from QNET, which she subsequently cancelled and even issued ‘stop payment’ instructions on her cheque for Rs 30,000. QNET is shocked and dismayed at the police projecting the non-existent dispute over Rs 30,000 as a multi crore scam and the media reports to this effect. QNET would like to take the opportunity to prove the legitimacy of the business in the court of law, where all allegations against the company can be disproved.”

Due to lack of legislation for Direct Selling, QNET and other MLM companies in India are hit by unqualified allegations. Further, in a country like India, there are no State laws / regulations for direct selling with an exception of Kerala.

Many nations like US, Singapore, Philippines, Thailand and Malaysia have clear legislative guidelines to safeguard both Direct Selling Companies and the consumers. When will the Government of India take the cognisance of the opportunities in India?

By the year 2025, more than 18 million people in India will be under the ambit of direct selling (Source: KPMG 2015 Report)! The layman just hears healthy-looking stats. It is unfair to blame the layman whose judgement is clouded by the obscurity of the law written with regard to Money Circulation and its incompetence in differentiating it from Direct Selling. The lack of such information heavily weighs down the credibility of Direct Selling. Under these circumstances, it becomes challenging to contribute to employment opportunities and promote entrepreneurship. How do we then talk about the ease of self-employment when the authorities who are expected to protect, are trying to shut them down or sustaining prolonged harassment?

Disclaimer : The contents of the Press Release is submitted by QNET. The press release distribution network does not take the responsibility of the news 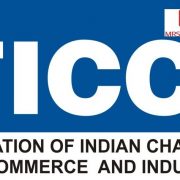 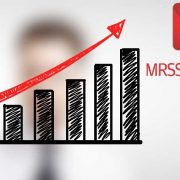 BrandLoom Publishes its List of Top 10 Payment Gateways for Q2, 2022