On Demonetization and its impact on the Indian Economy ….

Demonetization has really shaken up business which assumed that they could ‘manage’ the government. The government has really demonstrated how serious they are on taking on this drive. Therefore the cost of doing informal business has significantly increased which will come back in a lot of good for the government. Now, for people who live outside India, they suddenly look at India and think that it is a great move because here is a government that is serious, that is walking the talk but more importantly most of those guys are today revaluating their Indian strategies. I will give you an example, CRM Next works for a large number of banks. These banks use our services. The kind of interest we have seen in the last 4 months in re-doing their Indian strategy has never been that serious in the last three years. So I think it is a great move. It has had an impact on the economy but some of the impact also comes from the fact that global macros are such. But it is a really good move for the long term – in terms of the way markets are getting structure. So there are many such facts that will never become a part of just that GDP figure.

What happens is when you start to do business better the tax revenues will go up because there is a larger base that gets taxed and also starts to make people re-think if they have the right business model and if the profitability quotient is right, which means suddenly a lot of noise can also disappear from the market which also means higher growth and large capital spenders.

If you look at banking this has suddenly been a huge wake up call for them. Many of them had e-wallets but that was very little revenue so they never recognized the importance of its place. So, it was there as a technology but the mass adoption was still under question. What this move has done is it has changed completely the discussion inside boardrooms. Today you see people worried about their position in this new India. So banks are responding to it in a very different fashion. It is now welcomes acceleration. 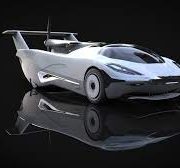 FLYING CARS ARE NO MORE A DISTANT DREAM!

90% enterprises yet to achieve digital-first goals

Infrastructure construction & real estate development business is one of the most challenging ...
Interviews

Indian Coders Are At Par With Their International Counterparts- Sanjay Goyal, VP, Head Of Product and Technology, Times Jobs And TechGig

In this competitive era, most of the companies have gone for automation ...